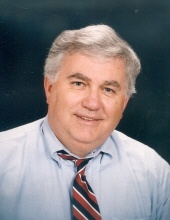 William B. “Bill” Shoals, 77, of Mount Gretna and formerly of Maryland passed away on Friday, May 13, 2016 at Lancaster General Hospital. Born in Baltimore, Maryland, he was the son of the late William Sr. and Ruth Anderson Shoals. He was the loving husband of Sally A. Berry Shoals and his first wife the late Rita Mae Batz Shoals who died in 1989. After 18 years, Bill retired as a regional sales director for the Clipper Magazine. Prior for 25 years, Bill owned and operated Horst & Lichty Sporting Goods in Lancaster while his early years he was in banking. He was a former member of Highland Presbyterian Church, Lancaster. Bill was a nature lover and had interests in fishing, biking on the trails and photography.

"Throughout his life Bill had loved and enjoyed the outdoors, fresh water fishing and photography. The wonders and beauty of the natural world both inspired and excited him. Photography and fishing were two activities that allowed him to express this passion and his creativity. His love for his family and those activities defined him and was known to all who knew and loved him."

Relatives and friends are respectfully invited to attend his funeral service at Mount Gretna United Methodist Church, Fourth and Boehm Avenue, Mount Gretna on Sunday, May 22, 2016 at 3:00 PM. There will be a public viewing from 2:00 PM until the time of service. Interment will be private and at the convenience of the family.

In lieu of flowers, please send contributions in Bill’s memory to Gretna Glen Camp, 87 Old Mine Rd., Lebanon, PA 17042 (in memo: Bill Shoals)
To order memorial trees or send flowers to the family in memory of William B. "Bill" Shoals, please visit our flower store.