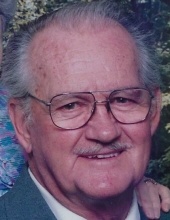 Warren Herr Bender, 96, formerly of Manheim, went home to be with his Lord & Savior on Tuesday March 5, 2019 at Masonic Village, Elizabethtown, where he was residing. He was the widower of the late Betty (Leaman) Bender who died in 2004. Born in East Lampeter Twp. He was the son of the late Clayton and Ada (Herr) Bender. Warren was a milkman for more than 30 years for the former Moore Dairy of Lancaster. He later worked as machine operator for Federal Mogul, and as an escort driver for High Steel, both of Lancaster. Warren proudly and bravely served as a Staff Sergeant with the Army Air Corp during WW II, and was a recipient of the Distinguished Flying Cross in 1944 after surviving 62 missions.

Warren was a member of West Green Tree Church of the Brethren, Elizabethtown, VFW Post 5752 where he was a former Quartermaster and American Legion Walter S. Ebersole Post 185, both of Mount Joy. In his earlier years Warren was a Little League baseball coach, and he also enjoyed hunting, woodworking, reading, traveling, and especially spending time with his grandchildren.