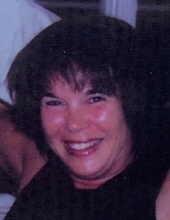 Vicky Bell, 65, of Manheim, beloved wife, mother, and grandmother died peacefully on July 14, 2021. Born in Lancaster, she was the daughter of the late Victor and Carolee Zimmerman. She was the loving wife of Mark Bell, Sr. for 41 years.

Vicky was a 1974 graduate of Hempfield High School. Vicky earned an Associates Degree before beginning a 45-year career with various Lancaster companies. Most recently she was employed by Frontstream in Lancaster city, Vicky loved the Yankees (Captain #2) and the Pittsburgh Steelers. She loved her family and friends. She especially enjoyed her trips to Myrtle and Rehoboth Beaches with her husband and family. Vicky was always willing to be a mom and friend to those who were in need.

In addition to her husband, surviving is a son Mark Bell Jr., Lancaster, step-daughter Tara Bell, Lancaster, 7 step grandchildren, her grandson Grady, who she closely cared for in the absence of his mother, Sibling Greg Zimmerman, Salt Lake City, Utah. She is also survived by in-laws, Henry and Peggy Bell, Mt Joy, Amy Santiago (Danny), Lancaster, Scott Bell (Dawn) Lebanon. Vicky was preceded in death by her step-daughter, Tenele Bell.

At Vicky's request, the family will observe a private service. Contributions may be made to the Ann B. Barshinger Cancer Institute, 2102 Harrisburg Pike, Lancaster Pa, 17601.
To order memorial trees or send flowers to the family in memory of Vicky L. Bell, please visit our flower store.