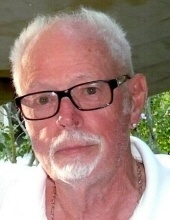 Udo G. Von Gehr, 85, of Lititz, died on Wednesday, March 6, 2019 at the Lancaster General Hospital with his loving family by his side. Born in Danzig Germany, Udo was the son of the late Karl and Charlotte Kolskie Von Gehr. Udo was the loving husband of Carol Fithian Von Gehr. He was a member of the Lancaster Liederkranz and of the Ephrata Masonic Lodge #665. A handyman, he was an avid golfer, who enjoyed singing and traveling, especially to the mountains.

Services will be private and at the convenience of the family.
To order memorial trees or send flowers to the family in memory of Udo G. Von Gehr, please visit our flower store.