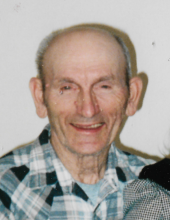 Tyrus M. Keeney, 93, of Manheim, passed away on Wednesday, April 22, 2020 at Conestoga View, Lancaster. Born in Bethel Township, he was the son of the late Herbert and Clara Behney Keeney. He was the loving husband of Joan M. Smith Keeney whom he shared 61 years of marriage this past October. Tyrus was a night watchman for New Holland Sale Stables.

Services are private and at the convenience of the family.
To order memorial trees or send flowers to the family in memory of Tyrus M. Keeney, please visit our flower store.