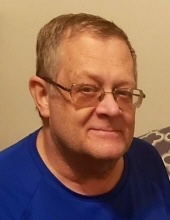 Timothy A. Kroeck, 66, of East Petersburg, and formerly of Lititz, died peacefully on Wednesday, May 11, 2022, on what would have been his 48th wedding anniversary to his late wife. Born in Lancaster, he was the son of the late Richard and Betty (Uhlig) Kroeck. Throughout his life Tim worked as a Warehouse Manager where he retired after many years from Clark Associates, Lancaster. Tim was preceded in death by his loving wife, the late Karen J. (Weachter) Kroeck who died August 17, 2020. He was a 1973 graduate of Warwick High School and was honored to obtain Eagle Scout during his youth. Tim will be lovingly missed by his dog, Wilbur. Tim enjoyed painting, crafts, ceramics, and holiday decorating throughout the year. One of his biggest joys was decorating for the Christmas season, not only his home but his children’s homes as well. Gardening and cooking also sparked Tim’s interests; having the opportunity to cook for and share in family gatherings was one of the things he enjoyed most. Being surrounded by his family was his ultimate joy.

Relatives and friends are respectfully invited to attend Tim’s memorial service at St. Paul Evangelical Lutheran Church, 200 West Orange Street, Lititz, on Thursday, May 19, 2022 at 2:00 PM. Friends may visit with the family at the church on Thursday, afternoon from 1:00 PM until the time of the service. Interment will be private in Penryn Cemetery. In lieu of flowers, contributions may be sent in Tim’s memory to: PA Wounded Warriors Inc., 1117 Country Club Road, Camp Hill, PA 17011.
To order memorial trees or send flowers to the family in memory of Timothy A. Kroeck, please visit our flower store.