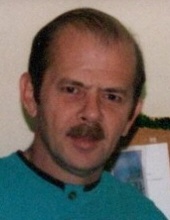 Terry L. Habecker, 72, of Manheim passed away peacefully at home on Tuesday, July 30, 2019 following a battle with cancer. Born in Lancaster, he was the son of the late Arthur and Margaret Bair Habecker. He was the loving husband of Patricia “Pat” Ruhl Habecker and they would have celebrated their 52nd wedding anniversary in December. Retired in 2009, Terry was a machinist for Lift-All Company, Landisville for thirty years. An avid hunter, he also enjoyed antique cars.

Surviving in addition to his wife is a son, Terry A. Habecker companion of Jody Buchter of Lititz and three nieces. He was preceded in death by a brother, Jere A. Habecker.

Funeral services are private and at the convenience of the family. Those desiring may send contributions in Terry’s memory to Ann B. Barshinger Cancer Institute, 2102 Harrisburg Pike, Lancaster, PA 17601.
To order memorial trees or send flowers to the family in memory of Terry L. Habecker, please visit our flower store.