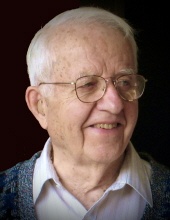 Simon modeled the satisfaction of productive work on the family potato farm and the importance of diplomacy and honesty. Ever ready to enhance conversation with humor and a twinkle in his eye, Simon cultivated many friendships. He was quick to show forbearance when wronged and to help others in need.

Once, after Simon had observed thieves pumping gas at his farm, he was able to identify the car, parked near a group of young men in town nearby. He approached the young men and invited them home for ice cream. When they finished eating, he said they could have more gas upon request, but he was concerned about their future if they stole. After the guests left, under a plate Mary Jean found enough money to cover the stolen gas. Years later one of the young men apologized.

For decades he and Mary Jean served as co-owners of Kraybill Advertising. Simon annually visited Lancaster County business owners who purchased promotional gifts such as calendars and pens in quantity to give to their clients; Mary Jean was office manager. Simon served as clerk at countless farm and home auctions, and was an insurance agent.

An ordained deacon with life-long membership at Bossler Mennonite Church, Simon regularly taught Sunday School. For eighteen years he was chairman of the Kraybill Mennonite School governing board. In addition to serving as a volunteer and board member at Mount Joy Gift and Thrift shop, he logged up to 6,000 miles per year as a volunteer driver for Love, Inc. He volunteered at Landis Homes.

In addition to encouraging his children in their numerous hobbies, Simon was a ham radio operator and carved a wooden cardinal for each of his children. He started taking piano lessons at age fifty and cut countless patches for comforters going to Mennonite Central Committee relief projects.

Simon was preceded in death by siblings Arlene (infant), Wilmer, and Maribel. He is survived by his wife Mary Jean, siblings Jean Shenk and Nevin, also by seven children, twenty-two grandchildren and eighteen great-grandchildren.

At various times as Simon transitioned to a new phase of life, he quoted Isaiah 43, “Remember ye not the former things, neither consider the things of old. Behold, I will do a new thing” (KJV).

He once said he wished he could peek out of the casket at his own funeral to “make sure it’s a celebration of the fact that I’ve gone home to glory.”

There will be a graveside committal service for immediate family at Bossler Mennonite Church, and a memorial service open to all via Zoom at 7pm on Sunday, February 14 (contact gene.kraybill@gmail.com in advance for a link). Memorial contributions are welcome for the Landis Homes Caring Fund, 1001 East Oregon Road, Lititz, PA 17543.
To order memorial trees or send flowers to the family in memory of Simon Peter Kraybill, please visit our flower store.