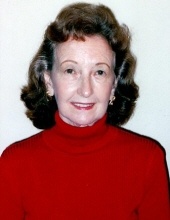 Ruth E. Terry, 90, of Lancaster County, peacefully passed away surrounded by her family on Aug. 7th, 2020 at UPMC, Lititz. She was born in Lancaster on Dec. 16th, 1929, and is preceded in death by her beloved husband of 60 years, the late Philip S. Terry. Ruthie was a 1947 graduate of Manheim Township High School. From ages 5 through 16 years, she was a popular Lancaster City and County entertainer, aka singer and dancer, on stage and radio. Ruthie married Phil on Sept. 6th, 1948, and became a devoted wife, mother and homemaker, making those obligations her life's career.

She was a member and faithful supporter of the Maytown Reformed United Church of Christ. Ruthie's diverse interests in life included all types of needlework, home taping/editing of Christmas stories for the Lancaster Talking Library for the blind, teaching swimming and eventually managing the East Petersburg "Learn to Swim" program for ten years, an avid reader of historically based books, and philanthropist for many causes, with a special passion for the military and veterans.

Ruthie is survived by her daughter, Karen L. Terry-Steckbeck, and her son-in-law, Peter J. Steckbeck, of Manheim, PA.

Private services will be at the convenience of the family with Interment in
Manheim Fairview Cemetery, Penn Township. Those desiring may send
contributions in Ruthie's memory to the Maytown Reformed United Church Of
Christ, P.O. Box 457, Maytown, PA 17550.
To order memorial trees or send flowers to the family in memory of Ruth E. Terry, please visit our flower store.