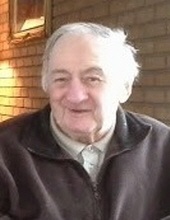 Robert J. “Bob” Boyle, 86, formerly of W. Stiegel St, Manheim, passed away peacefully at Lancashire Hall on Monday, July 29, 2019. Born in Philadelphia, Bob was the son of the late Edward J. and Catherine Rafferty Boyle. He was the husband of the late Gloria Sassani Boyle who died in 2013. Bob worked in the maintenance department for Susquehanna Bank, Manheim and retired in 1999. Bob also worked as a machinist for William Tools and Calder Door Co., Lancaster. He was a member at St. Richard Catholic Church, Manheim and served in the US Army during the Korean War. His interests included fishing, playing cards and pool.
He is survived by two daughters; Marie E. wife of Lyle Mills of Lake Worth, FL and Nora G. wife of Rick Hess of Lancaster, three grandchildren; Brian, Steven, Christina, and three great grandchildren; Landon, Tyler, and Damian. He is preceded in death by three brothers and three sisters.

The family would like to thank Compassus Hospice for the wonderful care they provided.

Relatives and friends are respectfully invited to attend his funeral service at the Buch Funeral Home, 21 Market Square, Manheim on Friday, August 2, 2019 at 11:00 AM. There will be a viewing from 10:00 AM until the time of service. Interment in Manheim Fairview Cemetery, Penn Township. In lieu of flowers, please send memorial contributions in Bob’s memory to the Alzheimer’s Association, 2595 Interstate Drive, Suite 100, Harrisburg, PA 17110-9378.
To order memorial trees or send flowers to the family in memory of Robert J. Boyle, please visit our flower store.