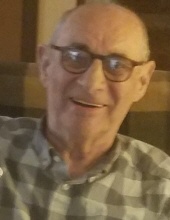 Robert G. “Bob” Martin, 81, of Lititz, died peacefully at home on Tuesday, June 25, 2019. Born in Lancaster, he was the son of the late Jacob and Ruth Eby Martin. He was a 1956 graduate from J.P. McCaskey High School. Bob was the loving husband of the late Carolyn E. Wenrich Martin who died in 1997. For 20 years Bob worked as a heavy equipment operator for Rohrer’s Quarry Lititz; following retirement he worked part time for the Manheim Auto Auction. His interests included: traveling, camping, golfing, and rooting for his Philadelphia Phillies. He had a life-long passion for Heavy Equipment and would travel great distances to see heavy equipment being used in construction and other industries.

Relatives and friends are respectfully invited to attend Bob’s funeral service at the Buch Funeral Home, 216 South Broad Street, Lititz, on Saturday, June 29, 2019 at 10:00 AM. There will be a viewing on Saturday morning at the funeral home from 9:00 AM until the time of the service. Interment will be in St. John’s Hains Cemetery, Wernersville. Those desiring may send contributions in Robert’s memory to: The ALS Association, PO Box 37022 Boone, IA 50037-0022.
To order memorial trees or send flowers to the family in memory of Robert G. Martin, please visit our flower store.