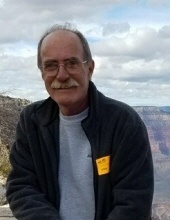 Robert E. “Bob” Ober, 68, of Manheim, died on Monday, September 12, 2022, at UMPC, Lititz. Born in Lancaster, he was the son of the late Ervin Y. and Catherine E. Rohrer Ober. He was the loving partner of Bette Jane Foreman for 10 years. Bob was a proud graduate of Warwick High School and later attended Stevens Trade School to become a machinist. He worked as a machinist for FLSmidth for many years before retiring in January of 2022. He volunteered at the Clyde Martin Memorial Speedway as the Chief Pit Stewart, where he also spent many years involved in racing winning championships. It was an activity he enjoyed doing with his family and friends. Known as Ober Motorsports. Racing was a passion of Bob’s. Bob had a love for trail riding on his four wheelers at Rausch Creek Trailriders every weekend he could. It was his home away from home.

Per Bob’s request there will be no services.

To order memorial trees or send flowers to the family in memory of Robert E. "Bob" Ober, please visit our flower store.