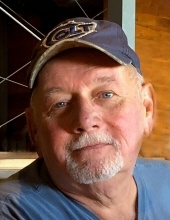 Robert C. “Bob” Wetzler, 70, of Manheim passed away unexpectedly at home on Monday, August 3, 2020 of natural causes. Born in Harrisburg and raised in Camp Hill, he was the son of the late Robert Paul and Gloria Spangler Wetzler. Bob worked many years for Faulkner Oldsmobile of Lancaster and at the Manheim Auto Auction. He was a 1968 graduate of Camp Hill High School and was a member of the Germania Band Club, Manheim, the Elstonville Sportsman's Association, and Christiana Lodge #417 of the Freemasons.

Bob was an avid hunter and fisherman, and some of his happiest times were spent in the mountains of Pennsylvania. He also enjoyed cooking and golfing, and was a lifelong fan of the Phillies, Nittany Lions and the Redskins. He was especially fond of his four grandchildren.
Surviving are two children: Robert C. Jr. husband of Carmen of Dallas, Texas, Charity wife of Scott Tabor of Pottstown, four grandchildren: Chloe, Declan, Alexander and Finlay and a sister, Dena Herweg of New Cumberland.

Relatives and friends are respectfully invited to attend his memorial service at the Buch Funeral Home, 21 Market Square, Manheim on Saturday, August 15, 2020 at 11:00 AM. Friends may visit with the family from 10:00 AM until the time of service. Interment will be private.

In lieu of flowers, those desiring may send contributions in Bob’s memory to the American Cancer Society.
To order memorial trees or send flowers to the family in memory of Robert C. Wetzler, please visit our flower store.