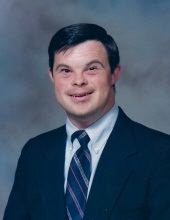 Robert A. “Randy” Nester, 59, of Elizabethtown, and formerly of Lititz; died peacefully at home on Tuesday, June 28, 2022. Born in Harrisburg, he was the son of Elsa K. Dietrick Nester of Harrisburg, and the late Glenn Nester. Randy graduated from Landisville Learning Center I.U.13 and worked for many years at Ephrata Area Rehab Services. He was a faithful member of St. Stephen Reformed Church, New Holland; and was active with Special Olympics. Randy had an engaging personality and made friends easily throughout his life. He was a passionate fan of Penn State and Duke University sports teams.

To order memorial trees or send flowers to the family in memory of Robert A. "Randy" Nester, please visit our flower store.