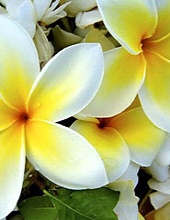 Rhoda Shelly Shirk, 100, of Lancaster passed away on Thursday, April 9, 2015 at the Mennonite Home. Born in East Hempfield Township, she was the daughter of the late Harvey S. Shelly and Bertha Shelly Kolp. She was the wife of the late Harvey S. Shirk who died in 1971.
Rhoda retired as a kitchen aide at Brethren Village and in her earlier years, she worked at the former Gerberich & Payne Shoe Factory, Mount Joy. She also helped her husband at the former Shirk’s Used Cars on the Manheim Pike, Lancaster.

Surviving is a nephew and several nieces. She was preceded in death by a sister, Helen S. Miller.

There will be a public graveside service at Kauffman Mennonite Cemetery, 1355 Lancaster Road, Manheim on Thursday, April 16, 2015 at 11:00 AM.