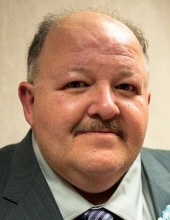 Ray C. Epler, 58, of Manheim, died at home on Thursday, December 31, 2015. Born in Lancaster, he was the son of the late Ray E. and Rose Williams Epler. Ray was the husband of Irene Dziunka Epler and they observed their 38th wedding anniversary in May of 2015. He worked for Alcoa, Lancaster for many years. Ray’s interests included: cooking, reading and watching movies.

Surviving in addition to his wife, are two daughters: Deidre wife of Dave Jones of Ephrata, Adrienne Epler and her boyfriend David Miller of Lititz, two brothers: Stephen J. Epler of New Providence, and Edwin C. Epler of Lititz. Preceding him in death is a sister-in-law, Jackie Epler.

Relatives and friends are respectfully invited to attend Ray’s memorial service at the Buch Funeral Home, 21 Market Square, Manheim, on Thursday, January 7, 2016 at 6:00 PM. Friends may visit with the family at the funeral home on Thursday evening from 5:00 PM until the time of the service. Those desiring may send contributions in Ray's memory to the Humane League of Lancaster County, 2195 Lincoln Highway East, Lancaster, PA 17602.
To order memorial trees or send flowers to the family in memory of Ray C. Epler, please visit our flower store.