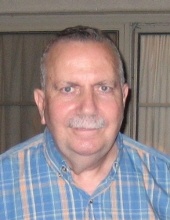 Paul was born in Lancaster to Clyde and Maryann Breneman. For many years he ran his family dairy farm in Lime Valley near Willow Street on the street that bore his family name. After selling the farm in 1972, he was employed as a truck driver for PyroFax Gas Corporation. Prior to retiring in 2006, he worked as a property manager in York County at Otter Creek campground and an apartment complex in Rochester, NY. He was an active member of Calvary Church Lancaster and earlier in his life, Willow Street Mennonite Church.

Survived by his son, Dr. Stephen M. Breneman of Rochester, NY, and two daughters: Valerie Schmidt, husband Eric of Pocatello, ID and Vicki Finch, husband Paul of Bend, OR, along with his four grandchildren Jacob, Brianna, Tyler, and Ashley. He is survived by a brother Mervin Breneman, wife Donna, and a sister Barbara Hurd, husband Jim. Preceding him in death are his two sisters: Verna Leaman and Mary Jane Eby.

Paul was a faithful man who loved the Lord, his family, church, and community.

Due to so many that are unable to travel and gather, the family has elected to forgo a service.

2 Cor. 5:6 “Absent from the Body, Present with the Lord”
To order memorial trees or send flowers to the family in memory of Paul R. Breneman, please visit our flower store.