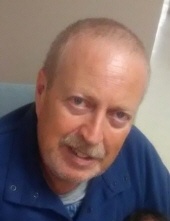 Paul D. James, 64, of Lancaster County, died peacefully on Sunday, September 25, 2022 at the Lancaster General Hospital. Born in Lancaster, he was the son of the late Clarence W. and Esther Murry James. For over 34 years Paul worked for Anderson Pretzel Company, Lancaster. He was a 1977 graduate of Lampeter Strasburg High School. Paul enjoyed hunting and fishing in Tioga County, and playing his guitar.

Surviving are two sons: Paul Jr. husband of Rosanna James of Nesquehoning, Mark James of Marietta, a daughter, Malynda wife of David Haun of Lancaster, eight grandchildren, a sister, Janet Welch-Grebinger wife of Thomas of Lititz, and a brother, Robert husband of Jan James of Harrison Valley. Preceding him in death is a brother, Charles James.

Relatives and friends are respectfully invited to attend Paul’s funeral service at the Buch Funeral Home, 216 South Broad Street, Lititz, on Thursday, September 29, 2022 at 10:00 AM. Family will receive friends on Thursday morning from 9:30 AM till time of service. Interment will be in Longeneckers Reformed Mennonite Cemetery, Lancaster.

To order memorial trees or send flowers to the family in memory of Paul D. James, please visit our flower store.