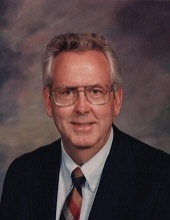 Monte H. Courter M.D. 81, of Manheim, died peacefully on Monday, February 17, 2020 at Hospice and Community Care, Mount Joy. Born in Flint, Michigan, he was the son of the late Harold and Marjorie Merrill Courter. Monte was the loving husband of Mary Lou Pratt Courter and they observed their 34th wedding anniversary in January of this year. Monte was the founder of Dermatology Associates of Lancaster and retired from the practice in 1989. In 1956 he received his bachelor degree from the University of Michigan and in 1963 received his medical degree from the University of Michigan Medical School and completed his residency in Dermatology in 1972. Monte reached the rank of Captain in the United States Air Force while stationed in Elmendorf Air Force Base, Alaska, during the Vietnam War. He was an active and faithful member of the Lititz Moravian Congregation and sang in the choir. Following retirement Monte and his wife Mary Lou were involved in volunteer missions. Monte was a member of the University of Michigan Alumni Association, and was a passionate fan of the University of Michigan Football Team.

Relatives and friends are respectfully invited to attend Monte’s funeral service at the Buch Funeral Home, 216 South Broad Street, Lititz on Friday, September 21, 2020 at 11:00 AM. There will be a viewing at the funeral home on Friday morning from 10:00 AM until the time of the service. Interment will be in Lititz Moravian Cemetery. In lieu of flowers contributions may be sent in Monte’s memory to Lititz Moravian Book of Remembrance, 8 Church Square, Lititz, PA 17543.
To order memorial trees or send flowers to the family in memory of Monte H. Courter M.D., please visit our flower store.