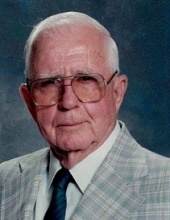 Monroe Y. Ober, 102, of Marietta and formerly of Manheim passed away peacefully on Monday, August 31, 2020 at Hospice & Community Care, Mount Joy. Born in Mount Joy, he was the son of the late Ervin G. and Elizabeth P. Young Ober. He was the loving husband of the late Anna Rigdon Ober who died in 2012. Monroe retired as a machinist at the former Fuller Company, Manheim. He was a member of First Assembly of God in Lancaster. Monroe proudly served in the United States Marine Corps during WW II. He landed with the 1st Marine Division on Guadalcanal in August 1942. His interests included hunting, fishing, antique cars and he loved to spend time with his family.

Surviving are three sons: Albert M. husband of Shari Ober of Lititz, Michael E. husband of Cathy Ober of Ephrata and Daniel A. husband of Marie Ober of Elizabethtown; a daughter, Elizabeth A. Ober of Maytown, 9 grandchildren: Holly, Troy, Stephanie, Rebecca, Michael, Juliana, Kathryn, Laura and Melissa; 18 great grandchildren and a sister, Elizabeth Fellenbaum of Lancaster. He was preceded in death by a sister, Pauline Nauman and a brother, Ervin Ober Jr.

Relatives and friends are respectfully invited to attend Monroe’s funeral service at the Buch Funeral Home, 21 Market Square, Manheim on Wednesday, September 9, 2020 at 11:00 AM. There will be a viewing from 10:00 AM until the time of service. Interment in Longenecker’s Brethren Cemetery, Lititz. Masks and social distancing will be followed. In lieu of flowers, those desiring may send contributions in Monroe’s memory to Wounded Warrior Project, P.O. Box 758516, Topeka, Kansas 66675.
To order memorial trees or send flowers to the family in memory of Monroe Y. Ober, please visit our flower store.