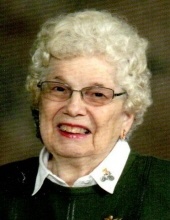 Mildred B. “Billie” Good Stitt, 90, of Lititz, died peacefully at home surrounded by her family and was welcomed by the angels on Thursday, October 17, 2019. Born in Lancaster, she was the daughter of the late Augustus and Margaret Gainer Beck. Mildred was the loving wife of Glen K. Stitt and they would have observed their 39th wedding anniversary in November of this year. Her first husband was the late Ray H. Good who died in December of 1972. She was a member of Trinity Evangelical Congregational Church, Lititz. Billie became a member of the York County Racing Hall of Fame due to her life-long commitment and work as the Race Scoring Official, a position she held for years at Lincoln Speedway, Abbottstown, Williams Grove Raceway, in Mechanicsburg, and Susquehanna Speedway, which is now known as BAPS Speedway in York Haven. She also enjoyed watching NASCAR and supported Richard Petty as one of her favorite drivers. Billie was a member of the American Business Women’s Association, Ephrata. Her interests included crocheting, tending to her fish pond, and filling her wicker basket with candy to hand out at the weekly auctions held at Horst Auction Center, Ephrata. Billie was deeply devoted to collecting angels throughout her life; and she filled her home with angels of all types in the thousands.

Surviving in addition to her husband Glen, are two daughters: Cindy wife of Jeffrey Walters of Lititz, Phyllis G. Murphy of Lancaster, two step daughters: Carroll wife of Russ Rose, Christine wife of Dave Reside, a step son, Ken husband of Carole Stitt, five grandchildren: Chris, Corey, Joshua, Jason, Jennifer, fourteen great grandchildren, numerous step grandchildren and step great grandchildren, two sisters: Miriam Farlow and Lillian Logeman both of Ephrata, and many nieces and nephews. Preceding her in death is a son, a grandson Chad Walters, and three sisters: Margaret Johnson, Betty Bender, and Florence Beck.
The family would like to thank the staff of Hospice and Community Care for the compassionate and great care given to Billie during her illness.

Relatives and friends are respectfully invited to attend Billie’s funeral service at the Buch Funeral Home, 216 South Broad Street, Lititz, on Tuesday, October 22, 2019 at 11:00 AM. There will be a viewing at the funeral home on Tuesday morning from 10:00 AM until the time of the service. Interment will be in Brunnerville United Methodist Cemetery. Those desiring may send contributions in Billie’s memory to: Hospice and Community Care, P. O. Box 4125, Lancaster, PA 17604-4125.
To order memorial trees or send flowers to the family in memory of Mildred B. "Billie" Good Stitt, please visit our flower store.