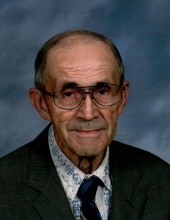 Maurice N. Lowe Jr., 89, of Manheim, died peacefully at his home on Saturday, November 27, 2021. Born in Manheim, he was the son of the late Maurice N. Sr. and Elsie Nauman Lowe. Maurice was the loving husband of the late Thesta Mae Kerlin Lowe who died in November of 2008. For over 47 years Maurice was employed as a feed truck driver for McCraken Feed Mill, Manheim. He was a member of Hempfield Church of the Brethren, East Petersburg, and a life-long “Sideline Farmer”. Maurice had a deep passion for his family and enjoyed all the time he spent with his children, grandchildren and great grandchildren.

Relatives and friends are respectfully invited to attend Maurice’s funeral service at the Buch Funeral Home, 21 Market Square, Manheim, on Thursday, December 9, 2021 at 11:00 AM. There will be a viewing at the funeral home on Thursday December 9, 2021 from 10:00 AM until the time of the service. In lieu of flowers, contributions may be sent in Maurice’s memory to: Masonic Village Hospice 98 Masonic Drive, Ste 101, Elizabethtown, PA 17022. Interment will be in East Fairview Church of the Brethren Cemetery, Manheim.
To order memorial trees or send flowers to the family in memory of Maurice N. Lowe Jr., please visit our flower store.