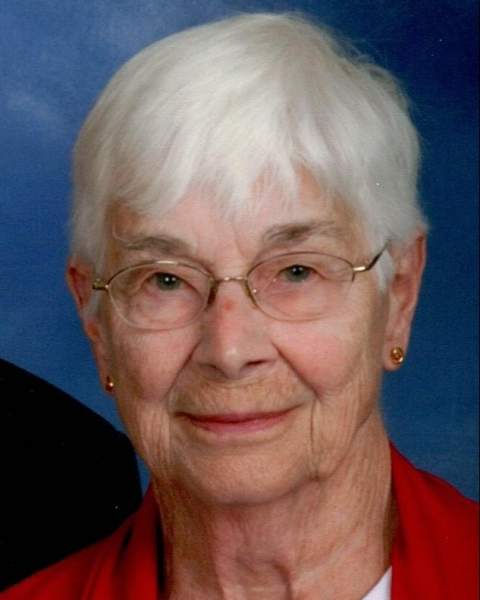 Mary Lou Young, of Lancaster, beloved wife, mother, and grandmother, died peacefully on Monday, November 7, 2022 at Homestead Village. She was 94 years old.  Born in Manheim in 1928, Mary Lou was one of six children of the late John B. and Bess Witmyer Bigler. She graduated from Manheim High School in 1945, and then continued her education at Temple University School of Nursing, where she received her degree as a registered nurse.  Mary Lou worked as an RN at hospitals in Philadelphia, and New Haven, CT, and, after moving back to Lancaster, she worked as a nurse in various schools throughout southern Lancaster County.  In 1951 Mary Lou married James F. Young, also of Manheim.  They celebrated their 71st wedding anniversary in September of this year.

Mary Lou was a member of Highland Presbyterian Church, Lancaster, serving over time as an Elder, a member of both the Building Committee and the Women’s Association, and as a soprano in the church choir. In her younger years she was active as a Girl Scout leader, and later she volunteered in the Lancaster School District to help teach remedial reading. Mary Lou was an avid reader, and she enjoyed bird-watching, jigsaw-puzzling, and playing bridge. Her two most remarkable hobbies showed her abilities and attention to detail as a craftsman: she was tremendously skilled at wood-working; and she was an expert seamstress, making clothing for herself and family members throughout the years.

Surviving in addition to her husband James, are her three children and their spouses - Margaret Ann Young and husband Mark Anderson of Knoxville, TN; Mary Elizabeth Young and husband Frank Melville of Parker, CO; and James F. Jr. and wife Sonia, of Seattle, WA - six grandchildren, two great grandsons, and many nieces and nephews. Preceding her in death are a son, Steven Thomas Young, and her five siblings.

Relatives and friends are respectfully invited to attend Mary Lou’s graveside service at Manheim Fairview Cemetery, West Sun Hill Road, Manheim, on Saturday, November 19, 2022 at 1:00 PM. A service to celebrate Mary Lou’s life will be announced at a later date.
To order memorial trees or send flowers to the family in memory of Mary Lou Young, please visit our flower store.