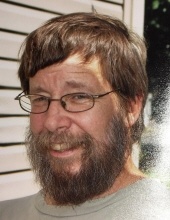 Mark D. Smith 67, of Manheim, died Sunday, April 12 2020 at Conestoga View, following complications of the COVID-19. Born in Binghamton, N.Y. he was the son of the late Stanley and Christina Dudde Smith. Mark’s early childhood was spent in Honey Brook, until he moved to Manheim at the age of nine. Mark attended Manheim Central School District, the Carson Long Military Academy, and Millersville State University.

Mark held a variety of occupations including welder and motorcycle parts salesman; until the founding of the Smith Brothers Home Renovation Company with his younger brother Paul, which they ran for over 25 years.

Mark liked to travel. His first trip was to hitchhike across the U.S. and Canada to British Columbia in the early 70’s. A European trip to Holland and various trips with his wife expanded his horizons. His other joys were playing poker, going to auctions and deep-sea fishing. Well known for his ability to turning new acquaintances into friends and possessing a gift of gab, Mark entertained people with his anecdotes and stories of which he never tired of telling. Having a good sense of humor, he liked to make people laugh and he was good at it. He also was well versed in the politics of the times and loved to educate those who did not understand and commiserate with those who did. Mark will be lovingly missed by his dog Banjo.

Married on Aug 17 1996 to his wife, Eleanor, they were blessed to spend 24 years together. Contributing to his joy and surviving in addition to his wife are two stepdaughters Robin wife of Darren Keller; Deborah wife of Jim Meenan; five step grandchildren: Patrick Green, Ian Green, Olivia Oxenrider, Sydney Oxenrider and Jackson Keller, a brother, Paul Smith and his life partner Rebecca Greenberg. Preceding him in death is a grandson, Conor Green.

Due to public health guidelines, services for Mark may be announced at a later date.
To order memorial trees or send flowers to the family in memory of Mark D. Smith, please visit our flower store.