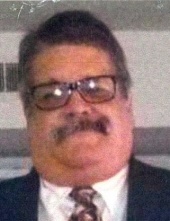 Loretto “Larry” Torres, 62, of Lebanon, and formerly of Manheim, died peacefully on Thursday, December 24, 2020 at the Lebanon Veterans Administration Medical Center. Born in Brooklyn, NY he was the son of Maria Arias Torres of Puerto Rico, and the late Eligio Torres. Larry was the loving husband of Jullyn “Jules” Oberholtzer Torres and they observed their 18th wedding anniversary in September of this year. Larry worked as a sales associate in retail sales for a number of companies throughout the years. A veteran, he served in the United States Army. He was an active and faithful member of Real Life Church of God in East Petersburg, and sang and played guitar on their praise team. Earlier in his life, with his deep love of music he played and sang in several music groups in Puerto Rico. He had a love for cars especially the Ford Mustang. Larry will be lovingly missed by the family cat named Teagan.

Surviving in addition to his wife, and mother, is a son, Larry Michael Torres of New York, two brothers: Gilbert Torres Arias of New York, Robert husband of Cheryl Heller of Virginia, and a sister, Lurdes Torres of Puerto Rico.

Services for Larry will be private and at the convenience of the family. Interment with military honors will be in Indiantown Gap National Cemetery, Annville.
To order memorial trees or send flowers to the family in memory of Loretto "Larry" Torres, please visit our flower store.