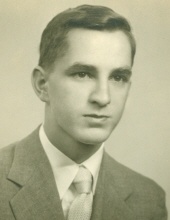 Larry E. Smith, 76, of 825 Pearl Avenue, Manheim, died February 19, 2014 in Lancaster General Hospital. Born December 31, 1937, in Chambersburg, Franklin County, he was the son of the late J. Palmer and Mary Rife Smith. He had been a resident of Manheim since moving there with his family in 1951.
He was a 1955 graduate of Manheim High School. While still a student, he operated a hobby shop with his father on north Main Street in Manheim. Following graduation Larry was employed by Reading Railroad, working at the Manheim Railway Station and other locations in the Reading system. After serving two years in the US Army, during which time he was stationed in Hawaii and Thailand, he returned home and joined National Cash Register as a repair technician. Upon the death of his father in 1972, Larry assumed ownership of the family business, Smitty’s Hobby and Craft, located in the Manor Shopping Center, Lancaster. He continued there until his retirement in 1999.

Larry enjoyed restoring antique automobiles, particularly Mustangs and Volvo P1800 sports cars. He remained a rail fan after retiring from the hobby business, and in his later years he also enjoyed bowling and selling items online from his home.

Relatives and friends are respectfully invited to attend a memorial service on SATURDAY MARCH 8, 2014 at 11:00 a.m. at Buch Funeral Home, 21 Market Square, Manheim. The service will be preceded by a visitation with family at 10:30. This celebration of Larry’s life will be followed by a luncheon at Enck’s Banquet and Conference Center, 1461 Lancaster Road. Interment will be private at a later date.

Those who wish may send contributions in Larry’s memory to Pleasant View Retirement Community, 544 North Penryn Road, Manheim, PA 17545
To order memorial trees or send flowers to the family in memory of Larry E. Smith, please visit our flower store.