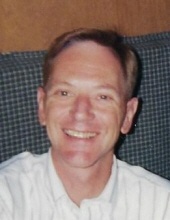 Lane Ellis, 69, of Mount Joy, died peacefully at home on Monday, April 13, 2020, following a long illness. He was the husband of Jean Heilig Ellis, with whom he celebrated 42 years of marriage in August 2019. Born in Lancaster, he was the son of the late Lee E. and Josephine A. (Shank) Ellis. Lane was a graduate of Donegal High School, class of 1969, and attended Kutztown University. Lane was a dedicated salesman for Exeter Supply Co., Reading, for 38 years. He was a lifetime member of St. Luke’s Episcopal Church, Mount Joy, where he served as Junior and Senior Warden, and was a member of Vestry. Lane was also a Committee Chairman for Boy Scout Troop 39, Mount Joy, served as President of the Mount Joy Jaycees in the mid-80s, and served on the Mount Joy Memorial Day parade committee for 15 years. Lane collected model trains, but his greatest passion was playing guitar. For more than 20 years, Lane taught students of all ages the technique and music theory of guitar, and was well-respected among musicians throughout Lancaster County. Additionally, Lane played in various show bands in the local area, as well as in and around Flint, Michigan, where he lived in the early ‘70s.

Due to current public health guidelines, services for Lane will be private and at the convenience of the family. Interment will be in the Mount Joy Cemetery. In lieu of flowers, contributions may be sent in Lane’s memory to Angels Among Us Animal Sanctuary, P.O. Box 1063, Quentin PA 17083.
To order memorial trees or send flowers to the family in memory of Lane Ellis, please visit our flower store.