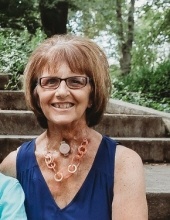 Karen J. Kroeck, 65, of Manheim, and formerly of Lititz, died peacefully on Monday, August 17, 2020 after a six-year battle with vocal cord cancer. Born in Lancaster, she was the daughter of Gladys V. Ruth Weachter of Elm and the late William D. Weachter. Karen was the loving wife of Timothy A. Kroeck and they observed their 46th wedding anniversary in May of this year. Throughout her life Karen worked as a waitress/server for many restaurants in Lancaster County including the Country Table Restaurant in Mount Joy and Family Fare Restaurant in East Petersburg and many others. She was a member of St Paul Evangelical Lutheran Church, Lititz. She was an avid sports fan, cheering on her favorite St. Louis Cardinals Baseball Team and the Philadelphia Eagles Football Team. She had a life long passion for her family; and she cherished all the times she spent attending family gatherings and sporting events of her beloved grandsons and her many nieces and nephews.

Services at this time will be private and at the convenience of the family. Interment will be in Penryn Cemetery. Additional memorial services to celebrate the life of Karen will be announced at a later date. In lieu of flowers contributions may be sent in Karen’s memory to: Anne Barshinger Cancer Institute, 609 North Cherry Street, P. O. Box 3555, Lancaster, PA 17604.
To order memorial trees or send flowers to the family in memory of Karen J. Kroeck, please visit our flower store.