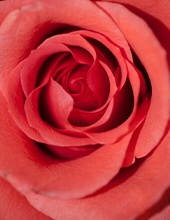 K. Jane Connors, 87, of Manheim passed away peacefully on Monday, May 11, 2020 at Luther Acres, Lititz. Born in Mohnton, she was the daughter of the late Harry Eberly and Kathryn Reisch Druckenbrod. She was the wife of the late Ernest “Tony” Showalter who died in 2007 and her second husband, the late William Connors who died in 1999. Jane loved to spend time with her family and her cats.

Surviving are two daughters: Rebecca wife of Allan Deutscher and Rox wife of Nick Perrefort, a son, Eric husband of Tammy Showalter; 7 grandchildren, 15 great grandchildren and a nephew, Randy Druckenbrod. She was preceded in death by a brother, Richard Druckenbrod.

Funeral services are private and at the convenience of the family.
To order memorial trees or send flowers to the family in memory of K. Jane Connors, please visit our flower store.