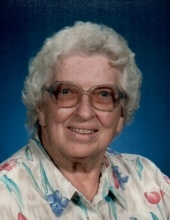 Josephine F. Shelly, 84, of Manheim, passed away peacefully on Sunday, February 17, 2019 at Hospice & Community Care, Mount Joy. Born in Manheim, she was the daughter of the late Harold W. and Edna Conrad Achey. She was the loving wife of the late Richard E. Shelly who died in 2012. Retired in 1996, Josephine was a bank teller at the former Susquehanna Bank, Manheim. Josephine was a member of Ruhl’s United Methodist Church, Manheim, Red Rose Coin Club and in her earlier years, she was a cub scout leader. Her interests included sewing, puzzles and she loved to spend time with her family.

Relatives and friends are respectfully invited to attend her funeral service at Ruhl’s United Methodist Church, 4810 Elizabethtown Road, Manheim on Monday, February 25, 2019 at 11:00 AM. There will be a viewing at the church from 10:00 AM until the time of service. Interment in the adjoining church cemetery. In lieu of flowers, those desiring may send contributions in Josephine’s memory to Ruhl’s United Methodist Church, 4810 Elizabethtown Road, Manheim, PA 17545.
To order memorial trees or send flowers to the family in memory of Josephine F. Shelly, please visit our flower store.