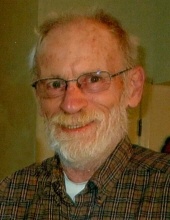 Joseph N. Bryson Jr., 72, of Manheim, passed away peacefully, on Wednesday, January 8, 2020 at his home. Born in Lewisburg, he was the son of the late Joseph N. and Mary Jane Doebler Bryson and the step-son of the late J. Arlene Adams Bryson. Joe was the loving husband of Betsy Greenly Bryson and they observed their 50th wedding anniversary this past July. He proudly served his county in the United States Navy. For over 30 years Joe worked in the cable industry in Lancaster. Joe enjoyed camping, hunting, spending time at his cabin in Clinton county, playing the guitar, watching football, baseball and old westerns on TV. His family believed it was appropriate he passed on Elvis’s birthday, as he was a fan of his music.

Services are private and at the convenience of the family.
To order memorial trees or send flowers to the family in memory of Joseph N. Bryson Jr., please visit our flower store.