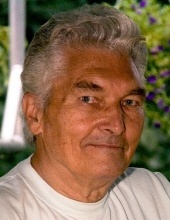 John W. Bomberger, 81, of Manheim, died peacefully, Wednesday, December 23, 2020 at his residence after a 2-year battle with melanoma. He was the loving husband of Jean (Ruhl) Bomberger, and they celebrated 61 years of marriage this past September. Born in Elm, he was the son of the late Phares D. and Alta (Witmer) Bomberger. John was the owner of John W. Bomberger Masonry. He attended Erb Mennonite Church, Lititz. John was an avid trap shooter using his favorite Remington shotgun. He also enjoyed woodworking, antiquing & collecting carnival glass. John loved traveling to his cabin in Potter County to go hunting, and traveled though out the United States and Canada to go snowmobiling. He loved attending and watching NASCAR races and cheering for Jimmy Johnson. His four-legged companion “Bubba” brought John fun and comfort. But his greatest pleasure was being a loving husband, father, and grandfather.

Funeral services and interment in Manheim Fairview Cemetery will be private.
To order memorial trees or send flowers to the family in memory of John W. Bomberger, please visit our flower store.