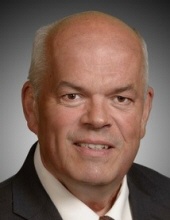 John Robert “Bob” Wells, Jr., 74 of Lancaster, died Sunday, April 12, 2020 after a courageous battle with cancer at Hospice & Community Care, Mount Joy. Bob, as he was affectionately known, was the loving husband of Adele T. “Midge” Wells. Together they had celebrated 51 years of marriage. Born in Washington, D.C. , Bob was the son of the late John Robert and Elizabeth (Benson) Wells, Sr. He graduated from Wesleyan University, Middletown, CT and received his MBA from NOVA University, Florida. He had earned the distinguished rank of Eagle Scout. Bob proudly served in the US Navy aboard the USS Enterprise during the Viet Nam War. He was a director of marketing for IBM Corp. and for Rockwell International. He continued his business career as a Realtor for Berkshire Hathaway HomeServices Homesale Realty in Lancaster for over 20 years. He attended St. John Neumann Catholic Church, Lancaster. His interests included gardening, writing a book, collecting coins and stamps, and volunteered with Habitat for Humanity’s home building projects.