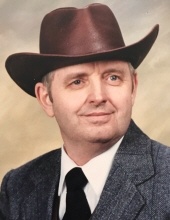 John P. Lapp, 83, of Manheim, passed away on Monday, March 29, 2021 at Lancaster General Hospital. Born in West Liberty, OH, he was the son of the late Boyd and Ruth Hartzler Lapp. John was the loving husband of Jane M. Weaver Lapp. John proudly served in the United States Navy for four years and worked aboard the USS Intrepid. He was a member of Grace Community Fellowship, Manheim. John was a gun enthusiast and enjoyed hunting, antiques and spending time with his family.
Surviving in addition to his wife, are three step children; Sandy wife of Kevin MacLaren, Larry Denny, Tammy wife of Eric Vital, all of Manheim, 10 grandchildren, 22 great grandchildren, three brothers; Samuel, Joseph, Steven Lapp, and a sister, Sarah Janzen. He was preceded in death by a brother, David Lapp, and two sisters, Esther Kirkendall and Carol Graber.
Relatives and friends are respectfully invited to attend John’s funeral service at Buch Funeral Home, 21 Market Square, Manheim, on Saturday, April 3, 2021 at 11:00 AM. There will be a time of viewing and visitation with the family from 10:00 until the time of service. Interment will be private in Indiantown Gap National Cemetery. In lieu of flowers, those desiring may send contributions in John’s memory to Grace Community Fellowship, 1483 North Colebrook Rd, Manheim, PA 17545.
To order memorial trees or send flowers to the family in memory of John P. Lapp, please visit our flower store.