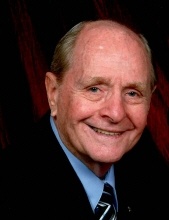 John H. Leibold, 90, of Manheim, and formerly of Lititz, died peacefully on Monday, April 18, 2022 at Pleasant View Communities. Born in Rapho Township, he was the son of the late Leon R. and Lomie E. Showers Leibold. John was the loving husband of Beverly J. Gorbett Leibold and they observed their 49th wedding anniversary in October of last year. Bev and John met after months of being pen pals while he was serving in Vietnam. He was introduced to Bev by cousins on his mother’s side. They began writing in August of 1971 and did not meet in person until the spring of 1972; and they were married by October of 1972. John retired from United States Air Force after serving over 30 years of active duty. He attended one-room grade schools in Rapho Township and graduated from Manheim High School.

John enlisted in the USAF in 1951 and attended basic training at Sampson AFB in Geneva, New York, followed by Aircraft and Engine School at Sheppard AFB in Wichita Falls, Texas. His first assignment after basic was Pusan East Air Base, Korea as a Douglas B-26 crew chief in the 728th Bomb Squadron, which flew missions over North Korea. His B-26 flew a record 203 combat hours in one month for the 5th Air Force.

After leaving Korea, John was assigned to Boiling AFB, Washington, DC, as a crew chief on aircraft supporting the Pentagon. He next served as a flight chief at McGuire AFB, New Jersey, working on Military Air Transport Service C-118 aircraft, after which he was assigned to Andrews AFB, Maryland, to work with aircraft attached to Headquarters Command.

From Andrews AFB he reported to Kindley Field, Bermuda, as a flight engineer on C-54 aircraft supporting Base Headquarters and the Strategic Air Command 303rd Air Refueling Wing. After returning to McGuire AFB, NJ, he again worked in C-130 and C-118 aircraft.

Special Air Mission at Andrews AFB, MD, was his next assignment, working and flying on CV-580 turbo-prop aircraft. He attended C-130 flight engineers’ school at Little Rock AFB, Ark, and served a year in Vietnam, after which he returned to Special Air Missions at Andrews as a CV-580 and VC-9C flight engineer. He then served as a Maintenance superintendent on F-4E fighter aircraft at Keflavik Naval Air Station, Iceland, followed by service at Mather AFB, Sacramento, CA, on T-43 navigator training aircraft. His next duties were at McGuire AFB, NJ, on C-141 aircraft.

John served as a flight engineer, in the capacities of instructor, examiner, and chief enlisted manager. His military decorations include: Distinguished Flying Cross, and three Air Medals, Korean Service Medal, Republic of Vietnam Medal, two meritorious Service Medals, and Chief Aircrew Member Badge, among others. He graduated from Air Force Leadership School, NCO Academy, and Senior NCO Academy, and attended the Community College of the Air Force. He is a life member of the Air Force Association, Air Force Sergeants Assoc., and the DAV. He retired from active duty in 1983.

John was a member of the Manheim Masonic Lodge # 587. Following retirement John enjoyed working in his yard; and had a sincere and humble heart helping his neighbors throughout his life.
Surviving in addition to his wife Beverly, is a brother, Leonard L. husband of Ruth Leibold, of Annville, a nephew, Leonard L. Leibold Jr., of Annville, a niece, Juanita wife of Jeff Kreiser of Jonestown, a grandniece, Elizabeth Kreiser, two sisters-in law: Barbara wife of Walter Maxson of Whitestown, IN, and Marilyn wife of Steve Barnard of Indianapolis, IN. Preceding him in death is a brother, Leon R. Leibold Jr.

Relatives and friends are respectfully invited to attend John’s funeral service at the Buch Funeral Home, 21 Market Square, Manheim, on Sunday, April 24, 2022 at 3:00 PM. Friends may visit with the family at the funeral home on Sunday afternoon from 1:30 PM until the time of the service. Interment with military honors will be private and at the convenience of the family in Indiantown Gap National Cemetery, Annville. Those desiring may send contributions in John’s memory to: Masonic Children’s Home, Masonic Village, Office of Gift Planning, One Masonic Drive, Elizabethtown, PA 17022, or PA Wounded Warriors Inc., 1117 Country Club Road, Camp Hill, PA 17011.

To order memorial trees or send flowers to the family in memory of John H. Leibold, please visit our flower store.