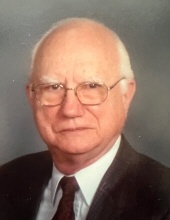 John was an Army veteran and was retired from Bethlehem Steel. He was a former member of First Presbyterian Church in Johnstown, where he served on the Board of Deacons, the Session, and as Treasurer.

Mr. Tondora was a member of Cambria Lodge #278 F&AM in Johnstown, as well as York Rite and Scottish Rite. He was a lifetime member of DeMolay.

In lieu of flowers, memorial contributions may be made to the Masonic Village Employee Fund, One Masonic Drive, Elizabethtown PA 17022.
To order memorial trees or send flowers to the family in memory of John C. Tondora, please visit our flower store.