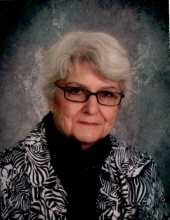 Joan Killheffer Shenk, 85, of Manheim, died December 27, 2021 at home on her farm, in the company of all her children. Born in Lancaster, she was the daughter of the late Dr. H. C. Killheffer and Frances Harriet (Wright) Killheffer. She was the wife of the late Harold M. Shenk, who died in 2011.

Joan was a 1954 graduate of Manheim Central High School and worked for many decades as a teachers’ and library aide at White Oak, Fairland, and Doe Run elementary schools in the Manheim Central School District.
She was an avid reader, enthusiastic crossword puzzle solver, and accomplished cook. In addition to her lifelong love of books, she enjoyed the tranquility of farm life, watching birds, deer, and other wildlife from her rural home.

Services will be private. In lieu of flowers, donations may be made to the World Wildlife Fund, 1250 24th Street, NW Washington, DC 20037. (worldwildlife.org)
To order memorial trees or send flowers to the family in memory of Joan K. Shenk, please visit our flower store.