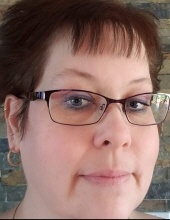 Jill L. Kephart, 51, of Marietta, died peacefully on Thursday, December 9, 2021 at the Lancaster General Hospital. Born in Lancaster, she was the daughter of the late Jack and Mary Ann Rote. Jill was the loving wife of Albert R. Kephart II and they observed their 28th wedding anniversary in June of this year. For over 14 years Jill worked as a nursing assistant at Women and Babies Hospital, Lancaster. Jill was of the Catholic Faith; and was a member of the Pioneer Fire Company No. 1 Marietta, and the Maytown 79, East Donegal Township Fire Department. Her interests included: baking, shopping, which she called “retail therapy”, and checking out all the new items at Hobby Lobby. She was a beloved and devoted wife, mother, grandmother, and the best Nana anyone could ever have.

Relatives and friends are invited to attend a viewing at the Buch Funeral Home, 21 Market Square, Manheim, on Wednesday afternoon, December 15, 2021 from 2:30 PM to 3:30 PM. Interment will be private and at the convenience of the family.
To order memorial trees or send flowers to the family in memory of Jill L. Kephart, please visit our flower store.