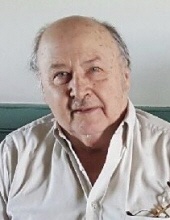 Jere G. Butzer, 81, of Silver Spring, died peacefully on Sunday May 24, 2020 at Lancashire Hall, Lancaster. Born in Silver Spring, he was the son of the late John C. and Anna Mae Lenhard Butzer. Jere was a sales representative in building materials for the Georgia-Pacific Company. Following retirement, he worked in sales for the former Heckinger Store, Lancaster. Jere was an excellent wood craftsman and enjoyed remodeling his home, working in his wood shop and was a history buff.

Services will be private.
To order memorial trees or send flowers to the family in memory of Jere G. Butzer, please visit our flower store.