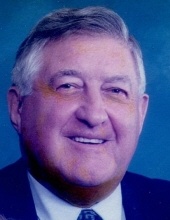 Jay M. Siegrist, 88, of Lancaster, and formerly of East Petersburg, passed away on Thursday, March 4, 2021 at the Mennonite Home. Born in Lancaster, he was the son of the late Harvey and Ada Shreiner Siegrist. Jay is survived by the love of his life, his wife, Joan Horst Siegrist, and they were married for 65 years in June of this year. Siegrist is a graduate of Manheim Township High School class of 1951. He served his country in the Korean War in the 3rd Division U.S. Infantry. He graduated from Franklin and Marshall College in 1959 with a bachelor's degree in Economics and was elected to the Pi Gamma Mu Honor Society.

Jay was first employed by the international accounting firm, Ernst & Ernst, and received his American and Pennsylvania Institute Public Accounting Licenses in 1961. In 1965 he joined the firm of Kuntz, Hipple, Briggs & Company, becoming a partner in 1968. He retired from the firm, then known as Kuntz, Lesher, Siegrist, and Martini in 1998. He was a member of the National Association of Accountants, the American and Pennsylvania Institute of Certified Public Accountants, as well as the Lancaster Estate Planning Council.

Known as “Merv” to family and friends, he enjoyed reading, playing golf, spending time at the lake, and coached the East Petersburg Midget Football Team when his brother-in-law Rick Horst played. Jay had many fond memories: the births of sons Mike and Doug while a student at F & M, relaxing vacations at the family home at Lake Carey, Tunkhannock, annual golf excursions to Myrtle Beach with “two tie” group; Monday night tennis contracts at Olde Hickory; annual partner retreats; lunches with his high school buddies, and most importantly, precious time with his family. He’ll be greatly missed by many.

Surviving in addition to his wife, Joan, are two sons: Michael S. Siegrist of John’s Island, SC, Douglas K. husband of Lorraine Siegrist of Landisville, three grandchildren: Lindsey wife of Ryan Petritsch of Warrington, Laura Siegrist fiancée of Shaun Sabulsky of Kingston, Eric husband of Jen Azarowicz of Dixon City, a sister, Esther Smith of Lancaster, and a brother, Roy husband of Shirley Siegrist of Lititz. Preceding him in death is a brother, Earl Siegrist, and a sister, Dorothy Wenger.

Services for Jay will be private and at the convenience of the family. Interment will be in Zion Evangelical Lutheran Church Memorial Garden, East Petersburg. In lieu of flowers, donations may be sent in Jay’s memory to: Zion Evangelical Lutheran Church, 1905 Broad Street, East Petersburg, PA 17520.
To order memorial trees or send flowers to the family in memory of Jay M. Siegrist, please visit our flower store.