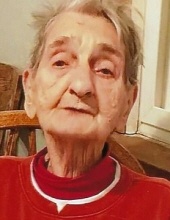 Janet Knepp, 89, of Mount Joy and Marietta, died unexpectedly, Saturday, April 17, 2021 at Lancaster General Hospital. Born in Lancaster, she was the daughter of the late James and Celia Consylam. Janet was a sewing machine operator for 45 years at the former Donegal Industries before retiring in 2006. She attended the Bethel AME Church, Marietta.

Following with Janet’s request, there will be no service, interment in Henry Eberle Cemetery, Mount Joy will be private. T
To order memorial trees or send flowers to the family in memory of Janet Knepp, please visit our flower store.