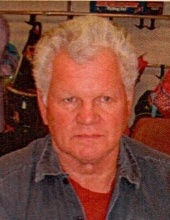 Jackie L. “Jack” Harris, 71, died on Tuesday, February 12, 2019 at Hospice & Community Care, Mount Joy, with his loving family by his side. Born in Lancaster, Jack was the son of the late G. Wilson and Marian Greist Harris. He was the loving husband of Linda L. Shenk Harris who died this past October. He graduated from Oxford High School in 1966 and later went on to attend Williamsport Area Community College to study Diesel Mechanics where he made the Dean’s List and graduated in 1968. A veteran, Jack proudly served in the United States Marine Corps. Following being honorably discharged, he then was stationed in Puerto Rico on Military Police. He was a Diesel Mechanic for Pennsy Supply Inc, for over 30 years. Jack enjoyed playing cards.

Relatives and friends are respectfully invited to attend Jack’s funeral service at Buch Funeral Home, 21 Market Square, Manheim, on Saturday, February 16, 2019 at 11:00 AM. Friends may visit with the family from 10:00 AM until the time of service. Interment will be held in Chiques Church of the Brethren Cemetery with full military honors. Those desiring may send contributions in Jack’s memory to Hospice & Community Care, 685 Good Drive, P.O. Box 4125, Lancaster PA 17604-4125 or to Ann B. Barshinger Cancer Institute c/o Lancaster General Health Foundation, 609 North Cherry Street, Lancaster, PA 17602.
To order memorial trees or send flowers to the family in memory of Jackie L. "Jack" Harris, please visit our flower store.