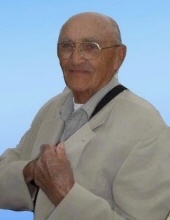 Jack D. Uibel, 91, of Penryn, passed away peacefully at home surrounded by his family on Friday, September 4, 2020. He was the loving husband of Floy Eshleman Uibel, and they celebrated their 66th wedding anniversary in March. Born in Uniontown, he was the son of the late Charles Dewey and Ruth Reddig Uibel. Jack and Floy were the proprietors of Uibel’s General Store in Penryn from 1955 – 1976, and Jack retired as the Penryn Postmaster in 1992. He proudly served in the United States Army during the Korean War. Jack was an active and faithful member of St. Paul Evangelical Lutheran Church, Penryn, and he served as President, 1997 - 2020, and board member of the Penryn Cemetery from 1957 – 2020. He also helped to establish the Penryn Lions Club and the Penryn Boy Scouts. He was a member of the Penryn, Reamstown and Quarryville Fire Companies from the age of 14.

From the time he was a young boy, Jack pursued the archaeology of Native Americans of Pennsylvania for whom he had great respect. He nurtured in others his personal love of education, the downtrodden and the land, and he has a perfect voting record. He was a skilled woodworker, fisherman and farmer, working in the tobacco fields into his 90s. An avid musician, reader and lifelong learner, he was a wonderful storyteller and the wisest and best of men.