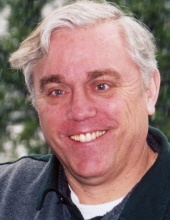 Henry Hess Bomberger, 76, of Lititz, passed away peacefully on Friday, January 22, 2021 surrounded by his wife, children and grandchildren. For twelve years, Henry battled Parkinson’s and met it with strength and dignity. Heaven gained a beautiful soul who loved Jesus and all people, especially his family with his whole heart. Born in Lancaster, he was the son of the late Henry L. and Myrtle Hess Bomberger. Henry Bomberger was a man who embodied what it means to be a man of God. He was a devoted husband and father of thirteen children; three biological children and ten adopted children whom he loved all equally, and felt blessed to be their father. He was loved by everyone who knew him. He modeled, so beautifully, how a husband cherishes and cares for his wife. He was a champion to children wrongly labeled "unwanted". He was a humble hero to those who were hurting. He was proof for those who wanted to know that God is real.

Henry met the love of his life, Andrea Boas at a Youth for Christ event at the beach. When they married, they had no idea the journey God would take them both on through adoption. Andrea and Henry experienced a beautiful and blessed marriage for over 55 years. After having three biological children, they adopted ten children of various ethnicities and backgrounds. Henry chose to love those that other men abandoned, proving that color isn’t what binds us—love is. Henry was the same man at home as he was in public. His thirteen children describe him this way: loving, Godly, man of integrity, courageous, humble, funny, trustworthy, compassionate, empathetic, strong, kind, committed, honorable, thankful, joyful, caring, selfless, hard-working, playful, generous, patient, faithful, hopeful, best dad ever. Henry loved competing in games and sporting events with his children. He enjoyed winning tennis matches or chess games with his children; or going camping, taking his kids on bike rides or traveling to the beach. He had a deep passion for any type of adventure, whether it was sailing on the water or obtaining a pilot’s license at the young age of 19.

Henry earned a Bachelor of Science Degree in Business/Economics at Elizabethtown College. He was a fourth-generation co-owner of Bomberger’s Store in Lititz, (originally in Elm). His employees loved and respected him. At the store Henry’s office door was always open, he was available to listen to his employees, customers, or anyone who asked for help. He was known at the store as the peacemaker. Henry would never ask them to do a task that he wouldn’t do himself. He’d sweep, make the coffee, shovel snow, wax the floors…whatever needed to be done, he showed that he was not above any of it. He was a servant leader. He was a Board Member of the former Susquehanna Bank in Lititz. Henry was a deeply involved member of Newport Church, Elm. He was in charge of hospitality and would greet visitors and members and welcome them to services every Sunday. Through Newport Church he participated in a mission trip to churches in Kenya and Uganda. His generosity and kindness were well-known. Henry shared his faith, mostly with actions, and sometimes gently through words. He was beloved throughout the surrounding community and beyond; his children would meet people from across the country who were blessed to know Henry Bomberger.

A private service and celebration of Henry’s life will be held for the family on Wednesday, January 27, 2021 at 1:30 PM. The family would like to invite and encourage everyone to view Henry’s Service of Remembrance on Wednesday, January 27, 2021 at 1:30 PM by clicking on the following link : https://boxcast.tv/view/henry-bomberger-funeral-gtfnrihiamuajdalpmvp
In lieu of flowers, donations made be sent in Henry’s memory to: Align Life Ministries (formerly: Susquehanna Pregnancy Center) 408 West Chestnut Street, Suite 2, Lancaster, PA 17603.
To order memorial trees or send flowers to the family in memory of Henry Hess Bomberger, please visit our flower store.