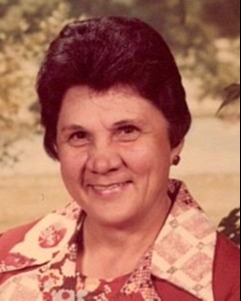 Helen B. Kupp, 92, of Manheim, died peacefully at home on Thursday, December 22, 2022. Born in Schaefferstown, she was the daughter of the late Edward and Alice Poorman Williams. Helen was the loving wife of the late Paul R. Kupp Jr. who died in February of 1974. For many years Helen worked as an advanced technician for Hamilton Watch Company, Lancaster. Helen was also the owner and operator of Tall Oaks Camp Ground, Manheim. She was a 1948 graduate of the former Cornwall High School. Helen was an active and faithful member of Mount Hope United Christian Church, Manheim; where she was part of the “Mothers and Others Group. She was a member of the Red Hat Society, the Dutchland Polkateers; and volunteered at the Lebanon Veterans Administration Medical Center. Helen loved spending time with her family, especially the grandchildren and great grandchildren. She enjoyed finding “treasures” in all kinds of places and sharing with those in need. Helen loved Bingo night with friends, bowling, quilting, working outdoors, fishing, participating in shooting matches, hunting and spending time at the Lazy K Camp in Clearfield County.

Relatives and friends are respectfully invited to attend Helen’s funeral service from Mount Hope United Christian Church, 206 Cider Press Road, Manheim, on Saturday, January 7, 2023 at 10:30 AM. There will be a viewing at the church on Saturday morning from 9:30 AM until the time of the service. Interment will be in Grandview Memorial Park, Annville.
To order memorial trees or send flowers to the family in memory of Helen B. Kupp, please visit our flower store.