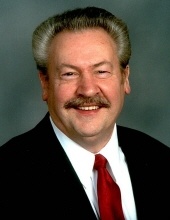 Harold R. Hilsher, 78, of Manheim, passed away on Friday, June 25, 2021 at Elizabethtown Nursing & Rehabilitation Center, Rheems. Born in Mount Joy Township, he was the son of the late Paul S. and Verna M. (Bashore) Hilsher. He was the loving husband of the late Darlene F. Hilsher who passed away in 2012. Harold was a 1960 graduate of Elizabethtown High School, later working in the shipping and receiving department for over 50 years at the former Hamilton Watch Company. He was a member of Trinity Evangelical Congregational Church, Manheim. Harold enjoyed ice hockey; he was the past President of Keystone Youth Hockey League and Lancaster Hockey Club, instrumental in building of the Lancaster Ice Rink and involved in Lancaster Kitchener Friendship Hockey. Harold also enjoyed gardening, flowers, traveling and was an avid Manheim Barons fan and followed local baseball and football teams.

Relatives and friends are respectfully invited to attend Harold’s funeral service at Trinity Evangelical Congregational Church, 48 Market Square, Manheim on Monday, July 5, 2021 at 10:30 AM. There will be a viewing at the church from 9:30 AM until the time of service. Interment in Rothsville Lutheran Cemetery, Warwick Township. In lieu of flowers, those desiring may send contributions in Harold’s memory to Trinity Evangelical Congregational Church, 48 Market Square, Manheim, PA 17545.
To order memorial trees or send flowers to the family in memory of Harold R. Hilsher, please visit our flower store.