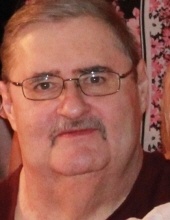 Gregory R. Sides, 69, of Mount Gretna, died peacefully surrounded by his family on Friday, March 13, 2020 at the Hershey Medical Center. Born in Lancaster, he was the son of the late Harry V. and Fay J. Miller Sides. Greg was the loving husband of Sharon M. Kuhlman Sides and they would have observed their 40th wedding anniversary in May of this year. A graduate of Cedar Crest High School, Greg also received a Bachelor's Degree in Business and Marketing from Temple University, and a Master’s Degree in Business Administration from Penn State University. Greg worked many years in Harrisburg as an Assistant Comptroller of Accounting for the Pennsylvania Department of Transportation. He was an active and faithful member of Mount Gretna United Methodist Church, and served as treasurer, and on the finance committee. His interests included: birdwatching, Lionel Trains, World War II history, Corvettes, investing in the stock market and rooting for his favorite college basketball team the Temple Owls. Throughout his life Greg worked quietly behind the scenes to support his church and others that needed help. He cherished the time he spent with his wife and children.