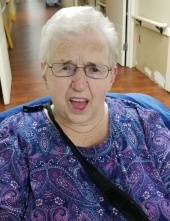 Grace B. Maurer, 88, of Neffsville, and formerly of East Petersburg, died peacefully on Sunday, May 10, 2020 at Lancashire Hall. Born in Mastersonville, she was the daughter of the late Abram and Mabel Steinmetz Brandt. Grace was the loving wife of the late Samuel L. Maurer III who died in May of 2015. Grace worked for over 20 years for the former Schick Corporation, Lancaster; she later was employed in the maintenance department for the Hempfield School District until her retirement. She was an active and faithful member of Otterbein United Methodist Church, Lancaster; where she volunteered with the monthly Attic Treasure Sale that supported local ministries throughout the community, and helped with the fellowship time at the church with refreshments. Grace was a member of the East Petersburg Historical Society. Her interests included: vegetable gardening, shopping, traveling, especially bus trips, making and eating home made ice cream, and going out to eat with her sisters. Grace had a deep passion for her family; she adored her grandchildren and great grandchildren, loved to spend time with all her children and found a slice of heaven when her whole family could be together with her for the holidays.

Due to the public health guidelines, services for Grace will be private. Interment will be in Zion Evangelical Lutheran Cemetery, East Petersburg.
To order memorial trees or send flowers to the family in memory of Grace B. Maurer, please visit our flower store.