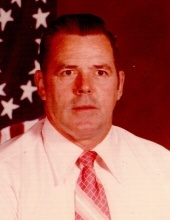 Glenn L. “Butch” Oelke, 90, of Leola, died peacefullysurrounded by his family on Tuesday, May 4, 2021 at Hospice & Community Care, Mount Joy. Born in Neillsville, WI, he was the son of the late Walter H. and Francis Wagner Oelke. Butch was the loving husband of Phoebe M. Martzall and they observed their 55th wedding anniversary on November of last year. A veteran, he proudly served in the United States Marine Corps during the Korean War. Butch taught Mathematics, Science, and Physical Education in the Manheim Central School District. He was a member of the American Legion, Post #66, New Holland, and was a fan of NASCAR. Butch enjoyed rooting for the Green Bay Packers, and playing sports in his younger years.

Services for Butch will be private and at the convenience of the family.
To order memorial trees or send flowers to the family in memory of Glenn L. "Butch" Oelke, please visit our flower store.