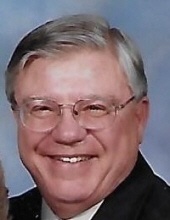 Gerald Leon “Gerry” Shaeffer, 83, of Lititz, and formerly of Wernersville, a loving husband, father, and grandfather; has passed away on January 9, 2021. Born in August 14, 1937, in Shillington, Berks County.

He grew up playing baseball, one of his many passions. He was a member of Manheim Township’s winning team of 1954. He worked with his father and brothers at the family gas station and then in Lancaster at the family-owned Yellow Cab and Baggage Company. In high school he met his future wife of 62 years, Joan Rowe. They soon started a family as Jerry joined the Army. He spent time stationed in West Germany when his first daughter Rochelle was born.

Returning to the states Jerry started a long career in retail management, as a store manager. He worked in Philadelphia where his 2nd daughter Stephanie was born and a year later a son Stephen. He started with Nichols in Lancaster in 1964. 1967 took him to open a newly remodeled Nichols store in Dover, Delaware, where he spent 15 years before moving to Reading to run the 5th street highway store. He remained there through its closing. He later worked for Boscov’s and managed a store in Norristown. In 2002 he then opened two subway franchises in the Reading area.

He was a member of the Lititz Church of the Brethren. Family was most important to him and he always enjoyed his time together with them. He was an avid card and game player. In later life he spent many hours with family gathered around playing games or gardening and reading. Traveling and visiting National Parks was a favorite vacation. Throughout his long illness, he was appreciative of those who assisted in his care.

Services for Gerry will be announced at a later date. Interment will be in St. Peter’s Evangelical Lutheran Cemetery, Neffsville. In lieu of flowers, those desiring may send memorial contributions in Gerry’s memory to Landis Adult Day Services Financial Aid Fund, 1001 East Oregon Road, Lititz, PA 17543.
To order memorial trees or send flowers to the family in memory of Gerald L. "Gerry" Shaeffer, please visit our flower store.